RENAULT  embraces the bold and the stylish Duster Sport & Urban

Dubai, UAE, 19 August 2020: Arabian Automobiles, the flagship company of the AW Rostamani Group and the exclusive dealer for RENAULT in Dubai, Sharjah, and the Northern Emirates, has introduced two distinct editions of its star SUV, Duster: ‘Sport,’ with its dynamic presence, and ‘Urban’ that is designed with road trippers in mind.

Drivers who are seeking an element of style to their performance need to look no further than the Duster, with the Sport’s eye-catching door moldings, wing extensions, and sidebars and the Urban’s door and boot sills, and side steps that grant easier access into the vehicle.

Duster is one of Renault’s most sold models and both the Sport & Urban versions come fitted with 16-inch alloy wheels and advanced technological features to redefine the comforts of driving, including Apple CarPlay, Android Auto, Remote Engine Start, and a Multi View camera, all of which deliver on the Duster’s promise of safety and style. The Sport edition is available at AED 56,000, while the Urban is priced at AED 51,500. 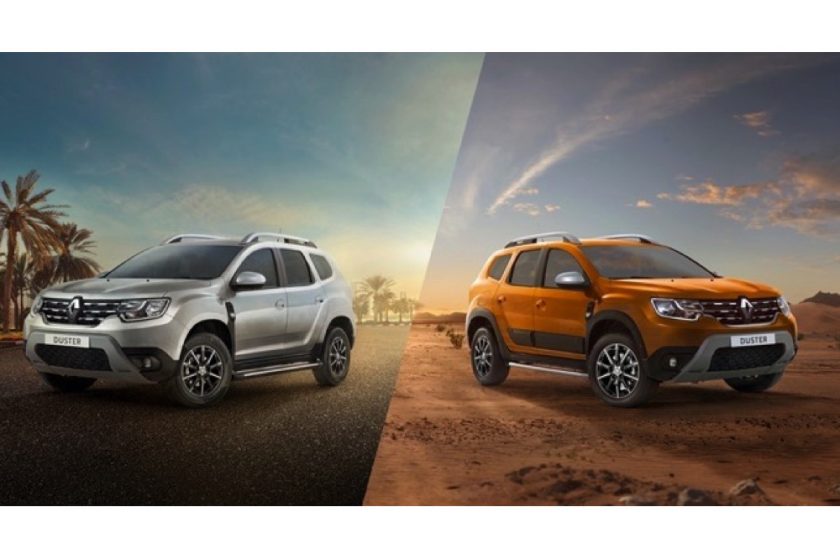 Make sure this account has posts available on instagram.com.

Interested customers can explore more by arranging a video call with a sales advisor via Zoom or Microsoft Teams on 800RENAULT (800-7362858) or visit the website: dubai.renault.ae.

Additionally, customers are welcome across Renault showrooms Saturday to Thursday, 9 a.m. to 8 p.m., and Fridays 4 p.m. to 8 p.m.

Arabian Automobiles Company (AAC) is the flagship company of AW Rostamani Group. With 50 years in the business, AAC is one of the leading automotive dealers in the GCC and exclusive distributor for Nissan, INFINITI and Renault vehicles in Dubai and the Northern Emirates. Arabian Automobiles is looking back on 50 years of excellence and passion, and forging ahead with its vision to enrich customer lives and remain the trusted automotive brand of choice.

Arabian Automobiles became the first automotive company in the UAE to be awarded the prestigious ‘Dubai Quality Gold Award’ by Dubai Economy in May 2017. In the same year, INFINITI won ‘Best Performing Brand’ in the automotive category of the Dubai Service Excellence Scheme; an accolade previously won by Nissan in 2016 and Renault in 2015. In 2015, Arabian Automobiles received the Mohammed Bin Rashid Al Maktoum business award for most outstanding performance and in 2013 it became the first private company in the UAE to be inducted into the prestigious Palladium Balanced Scorecard Hall of Fame for strategy execution. Arabian Automobiles Company is currently the holder of Nissan Motor Company’s ‘Global Nissan Aftersales Award and is the only Nissan distributor to have won the award for ten years in a row.

Across its Dubai and Northern Emirates network, Arabian Automobiles operates: