During her visit to “Wild Arab West”

Hala Badri, Director General of Dubai Culture and Arts Authority, “Dubai Culture”, emphasized the important role that creative productions that employ modern technologies in a meaningful and responsible manner play in achieving the advancement of societies and creating common spaces for understanding between people regardless of the cultural differences, pointing to the authority’s keenness to support all inspiring creative initiatives that fall within this framework.

During her visit to the “Wild Arab West” exhibition hosted in Dubai Design District throughout the month of September, the Director General of “Dubai Culture” indicated that the authority is committed to encouraging distinguished intellectuals and stimulating creative energies in various cultural and artistic fields, as the government body responsible for supporting the creative community in Dubai and the United Arab Emirates, as well as supporting innovative initiatives and events that would contribute to strengthening the

emirate’s position as a global centre for art and culture, an incubator for creativity, and a thriving hub for talent. 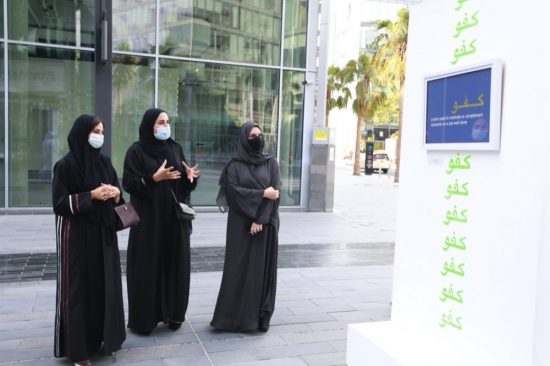 Badri explained: “Supporting talents and motivating them to communicate and create is one of the priorities of the updated strategy roadmap for Dubai Culture, and this visit to the” Wild Arab West “exhibition falls within this priority, as the authority is keen to support this initiative because of its innovative concepts that focus to highlight the mixing aspects between the Eastern and Western cultures, and converge with the trends of the Emirate of Dubai that work to build bridges for a true rapprochement between cultures based on creativity. This visit is considered part of the authority’s efforts to promote the valuable local creative products and give them prospects that contribute to their reach to the largest segment of society, in a way that motivates creators to continue their bid and maintain the reciprocal relationship with their audience, especially in light of the current circumstances, the visit also supports the role played by the Dubai Design District in providing an incubating and inspiring environment for creativity.

The Director General of “Dubai Culture” toured the exhibition that was held between buildings 6 and 7 in Dubai Design District, and in the “Personalities” section, she was briefed on the distinctive works of art created by Emirati artist Ahmed Al Mahri, a graphic designer specialized in collage, pop art and street art especially Arabic calligraffiti and stencil art. Al Mahri participated with illustrations depicting elements of modern Western culture projected on Gulf figures, in harmony with the theme of the exhibition, which focuses on highlighting aspects of the similarities between the Eastern and Western cultures. 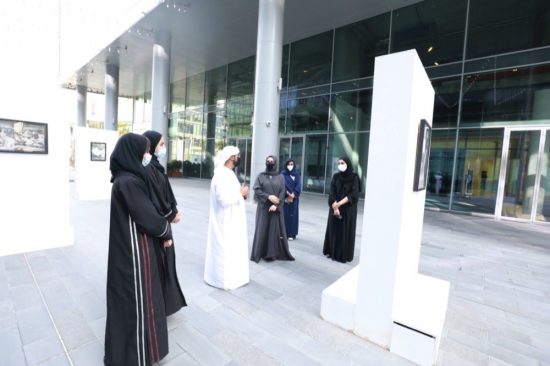 It is noteworthy that Al Mahri participated in the team of artists who designed the new logo of the United Arab Emirates, which will represent its media identity over the next fifty years, in addition to his participation in many art exhibitions inside and outside the country.

Wild Arab West, “WAW”, is an Instagram platform launched in April 2020 by two Emiratis, Hessa Alechla & Iman Al Midfa, as a platform aimed at highlighting the fusion between Eastern & Western cultures through art, lifestyle & entertainment. The platform launched a dictionary that includes a series of Khaleeji phrases and vocabulary related to Western “pop” culture with their meanings in the English language. The platform gained popularity on social media in the Gulf community and has achieved more than 9.5 thousand followers so far.