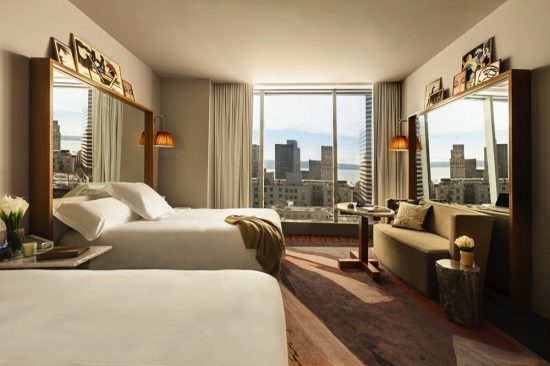 With experiences and know-hows acquired by operating hotels around the world, LOTTE Hotel Seattle has a total of 189 rooms (including 33 suite rooms) on the first to 16th floor of its 44-story building. Guest rooms feature creative and modern design inspired by Seattle’s natural landscape and offer lively and bright atmosphere. Another feature is that through the entire glass window wall, guests are able to enjoy a view of both the ocean and dynamic cityscape of Seattle.

12 Meeting rooms and banquet halls are special spaces where the past and the present coexist that have up-to-date equipment and facilities. The “Sanctuary Grand Ballroom” for large-scale international conferences and state events was reborn as an elegant space decorated with antique, beautiful stained glass interior and thousands of organ pipes by renovating the three-story Sanctuary, America’s first United Methodist Church with a history of 100 years.

Also outstanding is the differentiated service combining of the Korean-style service, one of LOTTE Hotel’s strongest points, and urban sensibility of Seattle. Guest can benefit from mobile check-in while enjoying a welcome drink, the Fragrance Service in which guests going out in the evening are offered perfume sprays, a valet service and even the service for cleaning inside of the guest vehicles. Some of these meticulous, devoted services are available only at LOTTE Hotel Seattle. 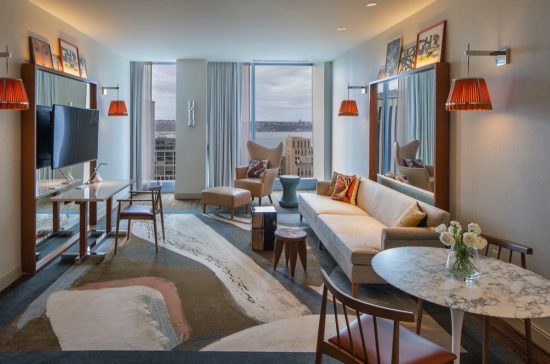 At “Charlotte Restaurant & Lounge,” located on the 16th floor, visitors can enjoy a variety of contemporary menus while having a view of downtown Seattle alongside the ocean and mountains.

LOTTE Hotel Seattle’s Spa which offers comfortable and leisurely break, is home to the first-class spa brand “Biologique Recherch,” which are found in Four Seasons, Peninsula and Mandarin Oriental chains.

LOTTE Hotel Seattle, located on Fifth Avenue in the heart of midtown, is adjacent to the offices of global companies like Microsoft, Amazon, Starbucks, Apple, and Disney. There are also major tourist attractions such as Space Needle, Waterfront, and Seattle Art Museum within a 10-minute walk, to which both businesspeople and tourists get easy and convenient access. 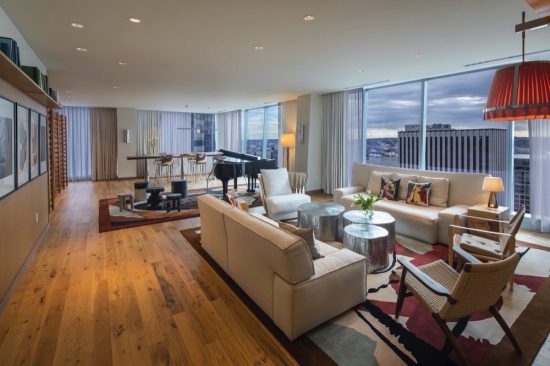 David H.S Kim, CEO of LOTTE Hotel said, “I have an extraordinary feeling opening LOTTE Hotel Seattle, which allowed us to traverse the U.S. on the 10th anniversary of our international expansion. We will further enhance the reputation of the Korean hotel brand by working with the pride of being a representative hotel brand of Korea and extending Korean-style services that impress the guest.”