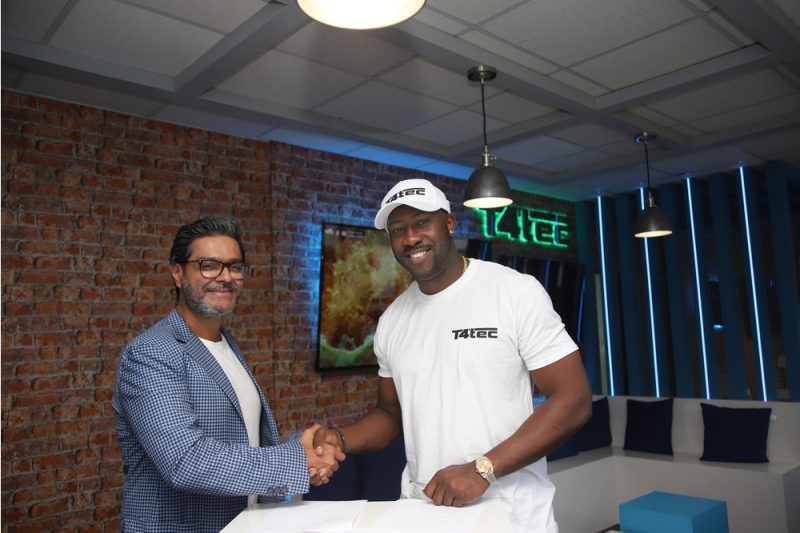 As part of the deal, the West Indies all-rounder will be actively involved in T4tec marketing activities and brand campaigns for the regional market, tapping the region’s growing love for cricket.

According to the T4tec spokesperson, the partnership with the 34-year-old Kolkata Knight Riders player is a deliberate move for the brand to establish a deeper connection with the regional and global consumer base.

“We are proud to announce our long-term partnership with an iconic cricket superstar Andre Russell, who joins our brand-building journey globally and most importantly, regionally. Rusell, who is known for his powerful hitting, is a perfect fit for our brand ethos due to his dedication to the game and consistency in delivering a powerful experience on and off the cricket pitch. This partnership reiterates our commitment to continue developing consumer-centric technology and delivering affordable tech, which fits seamlessly into the modern lifestyle,” said Dipesh Majithia, CEO, T4tec.

The partnership comes as a precursor to T4tec’s official debut into the Middle East market, tapping the United Arab Emirates’ position as the regional technology and retail hub as its launch pad to the region.

T4tec’s entry into the region’s eCommerce market comes against a backdrop of growing demand for affordable electronic appliances that also offer a great experience and functionality for its users. Revenue in the UAE’s consumer electronics segment is projected to reach US$1,514.00m in 2022, according to the research firm, Statista, which is a compound annual growth rate of 10.76 percent.

“I am excited to be part of the T4tec family as its global brand ambassador. It’s a great honor to be recognized for my contribution and commitment to the game of cricket, which also happens to be the second most popular sport in the region. T4tec is an amazing brand to be associated with and I am proud to be part of their success story which has a similar ethos to mine,” said Russell.

to commemorate the 45th Anniversary of Diplomatic Relations between Thailand and the UAE, and  National Day of the UAE and the National Day of Thailand
4 December، 2022
Emirates performs a National Day double flypast over the UAE’s biggest annual sports and entertainment festival

4 December، 2022
Manage Cookie Consent
To provide the best experiences, we use technologies like cookies to store and/or access device information. Consenting to these technologies will allow us to process data such as browsing behavior or unique IDs on this site. Not consenting or withdrawing consent, may adversely affect certain features and functions.
Manage options Manage services Manage vendors Read more about these purposes
View preferences
{title} {title} {title}